An approach to the current HR requirements for banking and technology industries.

It was very interesting, constructive and inspiring to attend this event that took place in Buenos Aires City at JPM Chase offices, in which Lory Beer CIO of JPMorgan´s Corporate & Investment Bank, not only could share with the audience her knowledge and experience, as one of the most relevant women executives in the current bank industry of today, but she also adviced on how to face the future of technology and innovation in the broadest sense of the word.

As a referent of her industry, I think that she could accomplish perfectly well the main goal of the talk: encouraging young girls to take part in the new wave of technology professionals that will change the world, as we know it today, in the next years.

This is not just a matter of gender; it is a necessity for closing the gap. It has been proven that the most effective teams are those made up of men as well as of women, technology teams are not the exception.

Technology: how women can make the difference.

After the talk I had the chance to have a word with Lori Beer, so I asked her for some advice (considering her valuable experiense in such hard industries, historically run by men), about how should a woman, in a leadership position, face difficult situations.

She answered me something very simple but honest “there are no recipes”, then 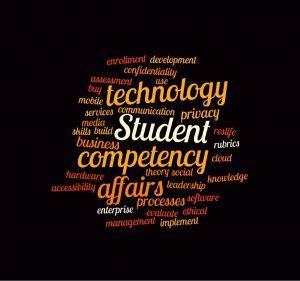 she shared with me, in a very kind way, something important: one of her sources of inspiration for those moments:

When she has to face a very harsh situation, she just looks at a Winston Churchill portrait on her desk in which she can read these simple words:

“Never, never, never give up”… one of the best well known quotes from one of the most important leaders who made possible the triumph of the allies during the second World War.

It was definitely such an interesting and constructive experience.

So, remember girls:”The future is coming; the future of technology and innovation is here now, Join it!!”

If you liked it we recommend you to read:

On VH Journal you will find a variety of content regarding the author´s preferences and life style.